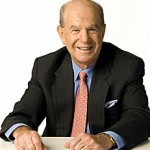 Edward I. Altman is the Max L. Heine Professor of Finance at the Stern School of Business, New York University. He is the Director of Research in Credit and Debt Markets at the NYU Salomon Center for the Study of Financial Institutions. Prior to serving in his present position, Professor Altman chaired the Stern School’s MBA Program for 12 years. Dr. Altman was named to the Max L. Heine endowed professorship at Stern in 1988.
Dr. Altman has an international reputation as an expert on corporate bankruptcy, high yield bonds, distressed debt and credit risk analysis. He was named Laureate 1984 by the Hautes Etudes Commerciales Foundation in Paris for his accumulated works on corporate distress prediction models and procedures for firm financial rehabilitation and awarded the Graham & Dodd Scroll for 1985 by the Financial Analysts Federation for his work on Default Rates on High Yield Corporate Debt and was named “ProfesorHonorario” by the University of Buenos Aires in 1996. He is currently an advisor to the Centrale dei Bilanci in Italy and to several foreign central banks. Professor Altman is also the Chairman of the Academic Advisory Council of the Turnaround Management Association. He received his MBA and Ph.D. in Finance from the University of California, Los Angeles. He was inducted into the Fixed Income Analysts Society Hall of Fame in 2001, President of the Financial Management Association(2003) and a FMA Fellow in 2004 and was amongst the inaugural inductees into the Turnaround Management Association Hall of Fame in 2008. In 2005, Prof. Altman was named one of the “100 Most Influential People in Finance” by the Treasury & Risk Management magazine. He also received an Honorary Doctorate from Lund University, Sweden in May 2011.
Professor Altman was one of the founders and an Executive Editor of the international publication, the Journal of Banking and Finance and Advisory Editor of a publisher series, the John Wiley Frontiers in Finance Series. He has published or edited two-dozen books and over 150 articles in scholarly finance, accounting and economic journals. He was the editor of the Handbook of Corporate Finance and the Handbook of Financial Markets and Institutions and the author of a number of recent books, including his most recent works on Bankruptcy, Credit Risk and High Yield Junk Bonds (2002), Recovery Risk (2005), Corporate Financial Distress & Bankruptcy (3rd ed., 2006) and Managing Credit Risk (2nd ed. 2008). His work has appeared in many languages including French, German, Italian, Japanese, Korean, Portuguese and Spanish.