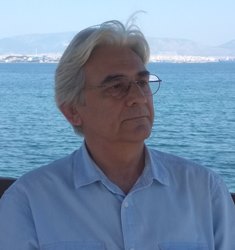 Sarantis-Evangelos G. Lolos serves as a Professor of Economics at Panteion University. He was an Executive of the Economic Research Department of the Bank of Greece from 1985 to 1997, while he collaborated as an expert and researcher with an advisory role in economic Ministries. Professor Lolos served as a Non-Executive Director of Alpha Bank A.E. from 2010 to 2015. He has been an Independent Non-Executive Director at Alpha Astika Akinita S.A. since 2015. He studied at Warwick University in the U.K. and received a BSc degree in Engineering and a BA degree in Economics. In 1981 he obtained a PhD in Economics from the Council for National Academic Awards (CNAA) in collaboration with Imperial College, London. His research and published work focuses mainly on issues of economic growth, macroeconomic and structural policies and financial economics.

Some of his published works include: